Kingdom Project’s – The ELDERS – was an accessible and impactful large community focused performance project commissioned by Festival Republic to open Latitude Festival in 2019. The mobile work passed through the whole arena delighting an audience of over 30,000 and was heralded as one of the festival highlights.

Ahead of the performance, communicated through the festival program and website, its core message was presented within a theatrical narrative. The Elders and young Earth Spirits had grouped, awakening Tundra the ancient earth beast from her slumber. Together they were heading West, passing through Latitude Festival, in search of Tundra’s white cloaked Sister The Cold..as she had gone missing…

Inspired by Carnival tradition and the rituals of spirited rebellion with its use of mythical animals and mischievous devils to symbolize important characters and stories, this ritualistic large-scale mobile piece featured a large mechanical puppet, ‘Tundra’, made by 101 Outdoor Arts Creation Space and explored the themes of climate change, extinction, ageing and unity.

Its huge cast included 65+’s playing ‘The Elders’ in striking costumes by artist Ita Drew. Young eco warriors from Hay-On-Wye played the ‘Earth Spirits’ in costumes they had made themselves during Kingdom workshops, from discarded festival tents collected from the previous year.

The Elders was a creative collaboration between creative and artistic directors Ami Cadillac & Kris Huball in partnership with the Latitude Festival, with further support from Arts Council England, New Vic Theatre /Staffordshire, the Ashley Family Foundation and the Community Foundation in Wales.

If you’d like, you can see some excerpts of The Elders performance within Lavish Design’s Latitude 2019 video below! 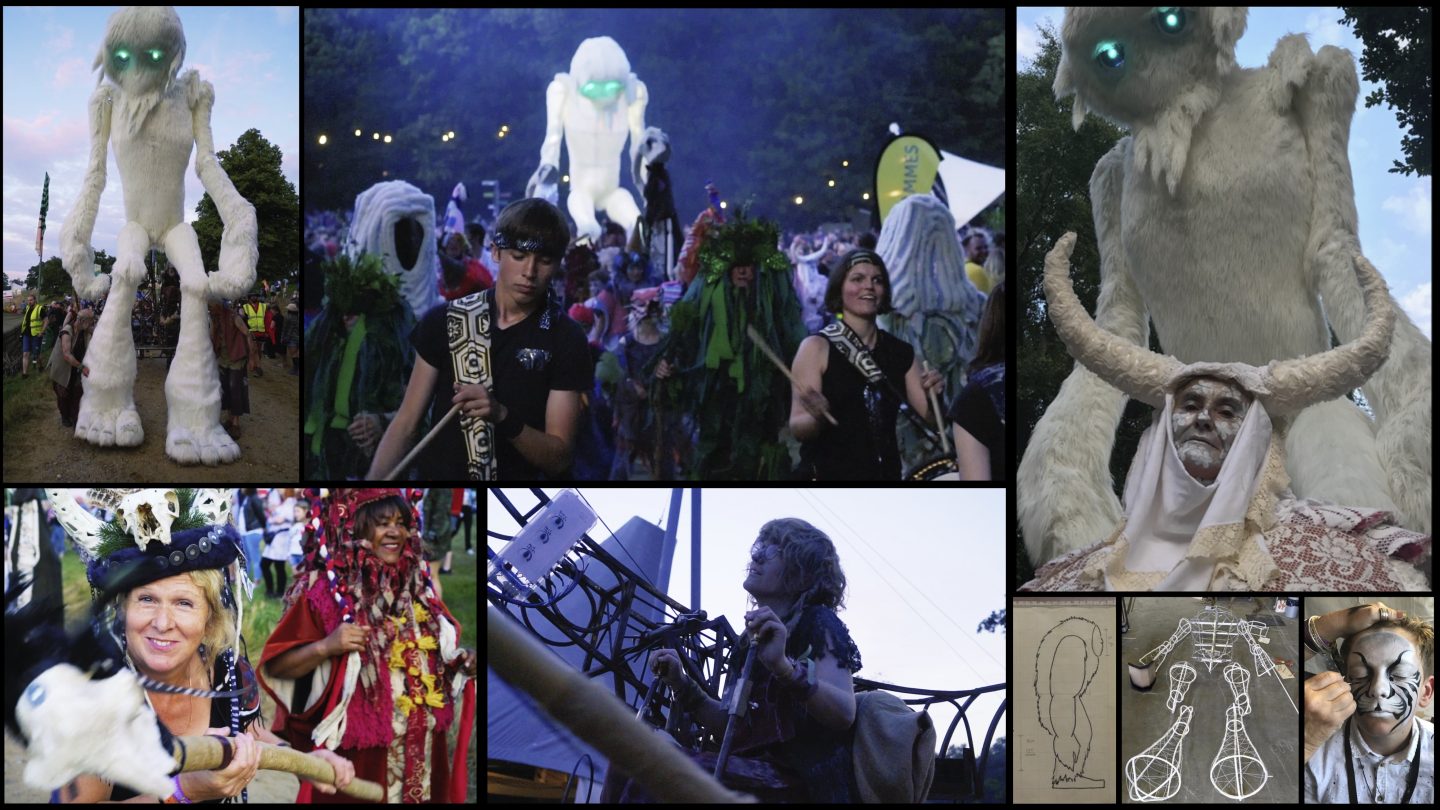 video
The Elders at Latitude Festival
patrons
We use cookies to give you the best possible experience on our website. Find out more.